Manned aerial surveillance and surveying by helicopters is expensive. Large military UAVs are also expensive. What the civil market needs, is an inexpensive medium-sized aerial platform that can perform nearly all of the functions of a helicopter or a large military UAV, but at a tenth of the cost. Or perhaps even less.

The Gem-7 has been designed to fill that gap. A simple but robust airframe that can out-perform large military UAVs in both range and endurance. A platform that can be assembled and run by a team of two in fifteen minutes. A platform that is an order of magnitude less than other large UAVs, in both capital and running costs.

Welcome to the world of the Gem-7 long range UAV. 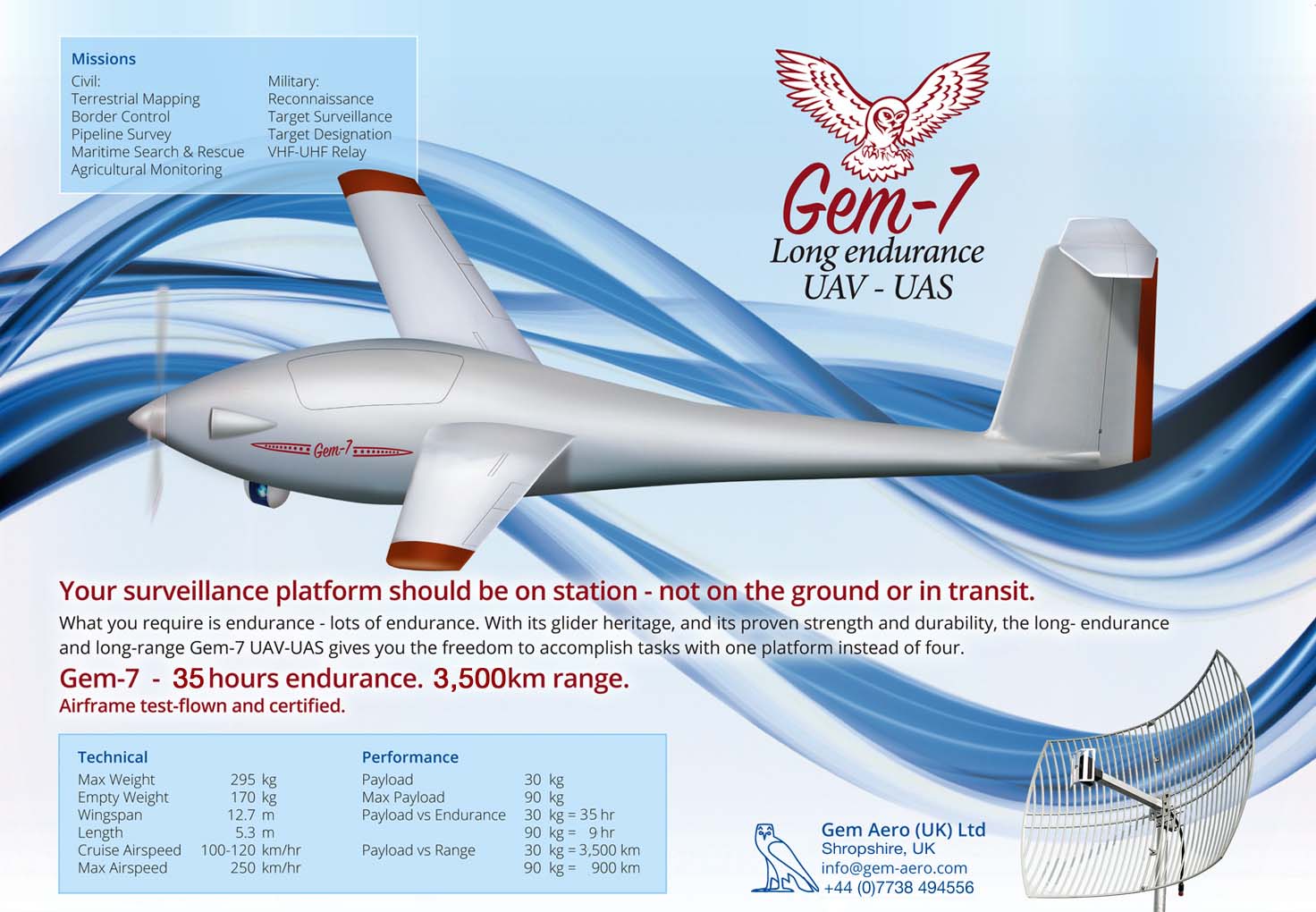